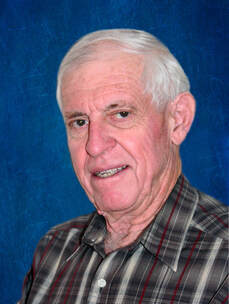 Gordon has had a longstanding background in Dundas Agriculture with farm family roots based in South Dundas.

Educated at the U of G with a Bachelor's degree specializing in field crops, his career didn’t start off in Ag. Gordon was teaching at Sydenham and North Dundas when he and his wife Gladys and their two children (Mark and Joanne) moved back to the farm with his father and his brother Bruce. Thus began a legacy of service to agriculture in Dundas.

In 1976, Gordon joined the DFA as a very active member. As a director, he went around and raised membership successfully prior to the Farm Business Registration (FBR) in 1993.

Gordon rose from DFA director to vice-President to President, then to OFA director, a position held for 15 years. He never failed to represent DFA member’s views, whether he was presenting a brief to senior government officials or local municipalities or groups to ensure they were apprised of agricultural needs.

As a DSCIA member, Gordon served on the Environmental Farm Plan’s Peer Review Committee, supporting individuals through the approval process.

A prolific pen writer, you would often read his ‘Letters to the Editors”, and as agriculture reporter Tom Van Dusen says and I quote, ”it’s partly his lowkey delivery, partly his no-nonsense approach, partly his experience and partly the fact that usually he is proven right that makes most people rely on Gordon as a believable authority”.

Gordon brought sound advice through a time of change agriculturally Post Walkerton in Environmental Legislation his insight, forward thinking and capacity to teach along the way shaped our policies today.

“Some of the major initiatives & policies that were designed and implemented were a direct result of Gordon’s keen business acumen, knowledge & strategic approach to agriculture. Some specific initiatives/policies ranging from post-Walkerton concerns about agriculture and water quality issues, refinement & improvement of the Ontario Farm Planning Initiative, nutrient management & source water protection policies and agricultural environmental responsibilities.  And as a result of the tremendous impactful work that Mr. Garlough has created many of the initiatives notes have provided a baseline for regulations and standards not only in Ontario, but copied in other provinces as a result of their positive impact to agriculture.” --Ron Bonnet Past President of Canadian Federation of Agriculture

Looking beyond agriculture, Gordon served the broader community through church and humanitarian work, in particular with the Canadian Food Grains Bank since 1993, addressing global hunger issues and as part of the task force that travelled to Ethiopia & Kenya to assess how best to help local farmers increase food production for consumption.

Now add volunteering at the J.W. MacIntosh Senior Support Centre for over 20 years, Gordon goes above and beyond by doing little extra things like bringing flowers & vegetables from home. Gordon also was very involved with the church, successfully sponsoring a Syrian refugee family.

​Gordon list of accomplishments and contributions are many. Gordon has always brought this keen intelligence to deliberations along with great insight and forward thinking that allowed him to accomplish so many things. These are the Hallmarks of a great leadership and the recognition is well deserved into the Dundas Agricultural Hall of Fame 2019. 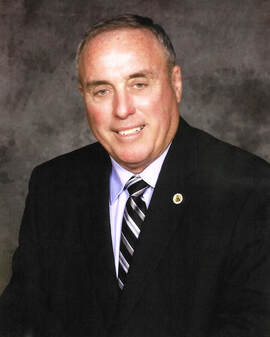 Gordon Smith has had a long history of volunteering on behalf of Dundas farmers.

Having been involved in agriculture for greater than 35 years, Gordon and his wife Margaret moved to their farm on Forward Road, Chesterville in 1974. They operated their dairy farm until 2001, and then transitioned to cash crop while expanding their land base.

Gordon has made numerous contributions to the agricultural community and his various roles on committees within Dundas and beyond: whether it was on the Dundas Dairy Producer Committee (DDPC), dealing with the General Agreement on Tariffs and Trade (GATT) negotiations with the Dundas Federation of Agriculture (DFA), working on policies that benefit the DFA membership, as well as supporting the Dundas Agricultural Communities Group (DACG) in the redesigning and renovation of the meeting hall it is today.

As an active member with Dundas Soil & Crop Improvement Association (DSCIA), Gordon works doing field trials and sitting on the planning committee for the Soil & Crop Bus Tour and events. A popular tour that is still ongoing today is a stellar example of dedication to an industry that he is passionate about.

In 1990, DSCIA recognized him for his accomplishments as the recipient of Farmer of the Year Award. The award is presented to outstanding farmers in Dundas County that exhibit leadership and innovation in crop production and/or animal husbandry, while being active in their farm-related organizations. These activities can vary from education of the youth and public, to helping fellow farmers adopt new technologies, to being environmentally sustainable.

When it comes to Dundas Farm Safety, Gordon’s work within this area shows that he is passionate about being safe around the farm or any workplace and he readily educates on the facts following the motto, “Awareness is Safety”. He has received awards for outstanding volunteer service to Farm Safety. We are very fortunate to have Gordon as the Farm Safety “go-to guy”.

Gordon is always ready and willing to support an event or committee in moving things forward. He continues this even today, with attending events, helping set-up and tear down, giving presentations whenever he is called upon from Seed shows, Ag in Classroom or Breakfast on the Farm. Whether talking about tractor safety or grain flow safety, or participating in first aid courses, Gordon is a stellar example of dedication to an industry that he is passionate about.

With many other awards that acknowledge his exemplary leadership in agriculture, Gordon’s volunteer work has contributed to the overall betterment of the agricultural community in Dundas and provincially.

​His willingness to get involved and share ideas that have enhanced the farm and community organizations he has been involved in is exemplary and it gives me great pleasure to add the 2019 Dundas Agriculture Hall of Fame Inductee to Gordon’s list of Achievements. 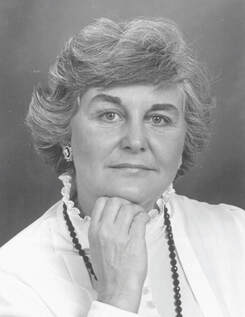 Dianne, although not born into farming life, she with her husband Dan & children moved to a farm north of Winchester in 1971. It was then after realizing rural woman had less rights than suburban woman in regards to business and partnerships; an example of this was at the time when women were unable to obtain a loan without the husband co-signing.

As a result, Dianne started to rally for change for woman who too work, live and breathe agriculture, and founded the Woman for the survival of Agriculture (WSA) and served as chair from 1975 -1984.

WSA initiated & chaired the first woman’s conference in Ottawa, bringing women representatives from across Canada to discuss the challenges and work toward change. In her role she was instrumental in research and worked in having research papers prepared for the event, with titles such as:
Although Women for the Survival of Agriculture (WSA) first started in Dundas County; the organization grew beyond the borders of our county and was instrumental in having women recognized by law as equal partners in the farm business.

As a result, Ontario Farm Women Network (OFWN) was established post conference as a group dedicated to motivating farm women to take an active role in the decision-making process.

Dianne was one of the first recipients of the “Order of Ontario”: for work with farm/rural women; she sat on the Canadian Advisory Council for the status of women for two terms, and has received an honorary Professional Agrologist's Degree from Guelph University, along with many other awards.

Diane traveled to China as part of a Canadian delegation when China first open its borders and reciprocated with the Chinese Women Delegation coming to Winchester.

Her work with WSA  was instrumental for legislative change such as:
WSA were the original founders in the formation of Naomi’s House/Shelter, one of the first of its kind for abused woman and children in Winchester.

Dianne’s dedication to educate the public about agriculture set the stage to establish Ag in the Classroom, along with events that happen annually such as Agriculture Week in October.

​After reviewing this nomination, it was very clear that Dianne Harkin checked all the boxes that define leadership and in her effort to establish equality for women in agriculture. She has paved the way for many of us women farming today.